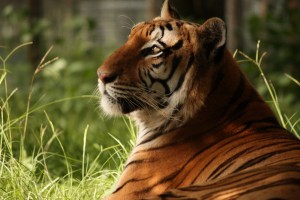 Founded in 1998, Forest Animal Rescue is a lifetime-care sanctuary for non-releasable wild animals. The rescued animals come from lives of abuse, exploitation, or neglect and most have narrowly escaped being destroyed for lack of a place to go. The sanctuary also rehabilitates and releases native black bears for Florida and surrounding State authorities

Over 100 animals, ranging from big cats to bears, wolves, primates, bats, and more, reside on the 80-acre facility in large, natural habitats.

The animal residents have been confiscated by authorities, used in research, left to starve, or have been attempted pets that failed because of their wild nature. At Forest Animal Rescue, they have the space and peace that they need to heal and thrive. They receive the best in veterinary care, a healthy diet, and playmates of their own kind. They regain confidence as their bodies gain strength, and they learn to trust the humans who have come to their aid instead of living in fear.

As a true sanctuary, the rescued animals are never bred, sold, or exploited in any way. They are not asked to do anything except to be as wild as they were born to be. They learn to thrive under the careful watch and compassion of the caring staff. Forest Animal Rescue is not open to the public as an attraction or zoo; the only visitors allowed are through bi-monthly tours, scheduled in advance by reservation.

Forest Animal Rescue is highly respected and internationally recognized. Fully accredited by the American Sanctuary Association, a member of the Big Cat Sanctuary Alliance, licensed and inspected by State and Federal authorities, the sanctuary has earned a well-respected place in the sanctuary community.

Entirely supported through tax-deductible donations, the sanctuary needs your help more now than ever; the past few years have been especially hard for the sanctuary.

Research has shown that almost all of the animals at the sanctuary are capable of contracting COVID-19. The facility has been mostly staffed by interns and volunteers, and those programs came to an abrupt halt during the pandemic. Just as donations are at an all-time low, new full-time staff is being hired to maintain high-quality care without exposing the animals to a rotation of humans providing for them.