How did the sanctuary begin?

My husband, Kurt, and I co-founded the sanctuary in 1998, and this has been one of the most common questions. 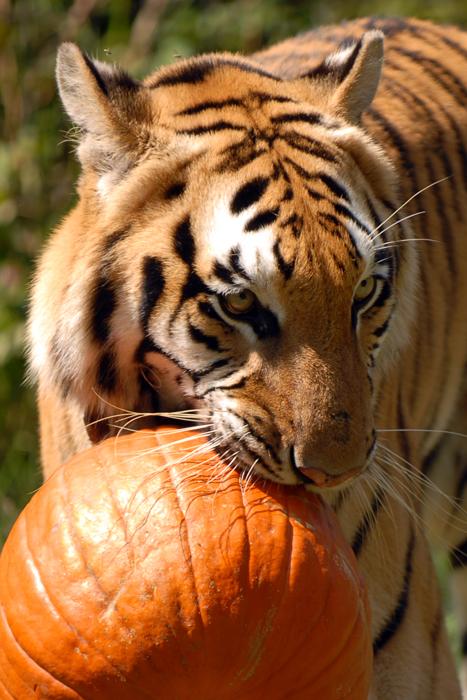 Kurt and I had been friends for 10 years before we became romantically involved, were married, and moved to south Florida in 1993. We each had extensive backgrounds working with wild animals and had one primary thing in common…in our younger years, we had both worked and volunteered at a variety of places ranging from vet clinics, zoos, and grooming salons to rehabilitation facilities and almost any place that cared for animals.

We also shared the same experience that in order for a place to truly do what we thought was the right thing; they seldom made enough money to afford to pay employees. As a result, we had both decided to follow career paths unrelated to animals to earn a living and have volunteered our time with animals.

My education and background is in finance and business management, self-employed for most of my life. Kurt’s background is also as a business owner with the bulk of his career in car and boat repair and painting. These careers paid the bills but were never enough for either of us to feel truly happy.

In 1998, we were living in South Florida with two young daughters. We had been volunteering for various wildlife facilities, rehabilitating and releasing native wildlife out of our house in the suburbs.  One wildlife facility that we had been helping, teaching the owner how to provide better care for his animals on a limited budget, was responsible for the series of events that led to the inspiration for the sanctuary.

This facility was located on ¼ acre on the Seminole Indian Reservation. The owner meant well but his attempts to take in non-releasable abandoned animals while paying the bills as a tourist attraction were failing. He needed help and we agreed to offer animal care and business management advice to help improve the quality of life for the animals in his care. At the same time, we would show him how to increase his cash flow to continue to improve his facility.

Unfortunately, there was little we could do about his decision to be open to the public because it was his only livelihood and he knew nothing else at that point. His heart was in the right place so that was a good place to begin. Most of the animals on his property were failed attempted pets, dropped off on his doorstep. Others were confiscated by authorities and placed with him because he had all the proper licensing to keep them. At least he was not breeding or selling the animals. 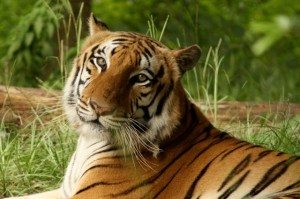 We offered our assistance and he thankfully accepted it. The golden rule was that he had to stop accepting new animals; he agreed.

We showed him that by spaying and neutering his cougars and bobcats, he could connect existing habitats and allow the animals to play with others of their own kind. They would all have more room to live on his cramped, ¼acre property without requiring completely new construction.

We demonstrated that by deworming the animals and improving their routine veterinary care, they would require less food to maintain body weight and they would be healthier in the long run.

With enrichment, toys, and things to do, they would be happier. He quickly learned that with the animals’ content, playing and with improved health, visitors would pay to see his facility and would return with friends because it was a positive experience.

He was still open to the public, but the animals did wind up with a much-improved quality of life in a non-breeding setting. His bottom line improved, but most importantly, the animals in his care benefitted.

One day he broke the golden rule….

He accepted a tiger cub that was dropped off at his office. The cub came from a so-called “sanctuary” that was breeding for white tigers. When the cub was born orange in color he was to be killed unless they could give him away. This little 25lb cub was named Zulu.

Zulu had no habitat to live in, so he ran around the concrete-floored gift shop, biting tourists on the ankles.

On the Indian Reservation, there were no lawsuits resulting from his play-induced injuries, but this obviously was not a long-term solution.

The man took Zulu home with him at night. One evening when Zulu was allowed to run in the horse pasture…his son accidentally let the horse out of the barn….

Of course, the little tiger thought he was a big tiger and grabbed the horse by the leg. The resulting kick injured him badly.

Our phone rang. Zulu was severely injured and the man knew he couldn’t afford major vet bills – he was planning to shoot him. Of course, the reason why he called us is that he knew we were “suckers” …we agreed to pay the vet bills. We picked him up and took him to the veterinarian. After a complete exam, it was determined that the little tiger had a fractured hip and needed restricted exercise for a few months on a soft surface while he healed.

The facility had nowhere to restrict his exercise and no soft surface for him to live on. With our experience with wild animals, we qualified for a permit from the State of Florida to keep Zulu in an empty bedroom in our house until he weighed 40 pounds or reached 6 months of age. That would give him enough time to heal.

We had two kids in the house…the last thing we needed was a tiger in the house! At least he was small and the arrangement was temporary!

A few months passed and Zulu healed. As agreed, we took him back to the Indian Reservation. They had a temporary habitat built for him, but nothing nearly sufficient for him to live in as an adult tiger. We knew that once Zulu grew to full size it would cost $5,000 a year just for meat to feed him. The math just didn’t work, there was no way they could afford Zulu’s care for long.

In addition to Zulu’s predicament, there were upcoming changes to the captive wildlife laws that were going to leave countless captive wild animals with nowhere to go.

We have never figured out whose idea it was, but we decided to sell our house and everything we owned and start a sanctuary to give Zulu and other wild animals in need a permanent home. Apparently, the plight of this little tiger had a profound impact on both of us.

We bought 70 acres of land in Hardee County, Florida, and started construction. Staying in tents, travel trailers, and a small rented house, we managed to get it off the ground… Word spread that we were rescuing animals and they started pouring in – even faster than we expected. Animal habitats were built first; 3½ years later we were able to have a house for ourselves again. [Note: in 2013 we relocated the entire sanctuary to 80 acres in Silver Springs, FL and started all of this over again] 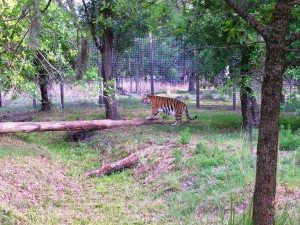 We had just finished construction of the first tiger habitat when the phone rang again…the facility on the Indian Reservation could no longer afford to care for Zulu and he would be destroyed if they couldn’t find a home for him. Fortunately, we had our permits in place and were able to take him.

It had been over 18 months since we had last seen Zulu but when he first saw us it was obvious that he remembered who we were. It was heartwarming to know that he was so happy to see us.

Tigers are dangerous wild animals, even when raised by people from cubs. No matter how much Zulu cared for us and vice-versa, we knew better than to try to make him something he was not. Zulu was put into a habitat with another young tiger (Blizzard) and we stayed out.

Just because some tigers seem friendly to us doesn’t mean they are not potentially dangerous; they are simply too strong and wild to be handled safely. The best way for us to show our love for them is to respect their capabilities and guarantee their safety by ensuring that they are never given the opportunity to harm someone.

As Zulu grew, his pelvic fracture as a cub caused some complications. He became impacted and had emergency surgery at the University of Florida Veterinary Medicine Teaching Hospital. They removed his large intestine because the opening in his pelvis was too narrow. They passed his small intestine through that opening and reattached everything. It saved his life and made him “famous” in veterinary journals. 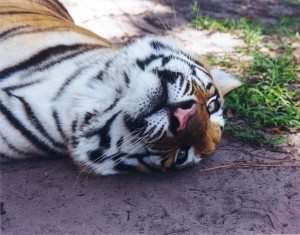 Zulu lived a full life in spite of his injuries as a cub. Countless students from the University of Florida have contacted us over the years, doing case studies on Zulu. They are all amazed that he lived a healthy, uncomplicated life at the sanctuary after that procedure – thanks to the careful attention to nutrition, exercise, and care at our sanctuary.

It was a sad day in 2011 when we suddenly lost Zulu to cardiac arrest. His loss was unexpected because although he was 16 years old, he was otherwise in very good health. We had planned another huge habitat for him at our future location in the Ocala National Forest and were looking forward to seeing him enjoy it. I guess some things are not meant to be.

Zulu will always hold a special place in our hearts. All of the other rescued animals at the sanctuary have Zulu to thank for his inspiration to start the sanctuary.

8 thoughts on “How did the sanctuary begin?”