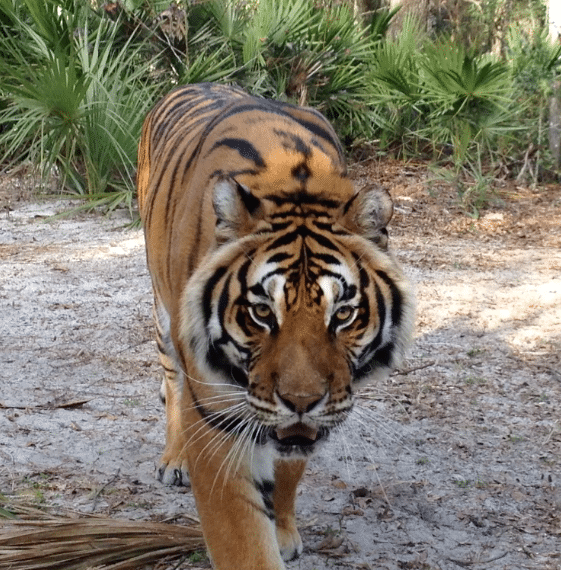 Goodbye to our beloved Roy

We are sad to announce that we lost our beloved tiger, Roy, Saturday night.

Roy had a mass on his elbow that was nonsurgical. We lost his brother, Tony to the same issue a year ago. Apparently, these tumors were a combination of genetics and the fact that the tigers lived in a small space on concrete for so many years before they were rescued back in 2010. This causes tremendous trauma to the weight-bearing parts of their bodies. That trauma manifests itself later in life.

He lived a long life for a tiger, celebrating his 19th birthday this month.

At Forest Animal Rescue, Roy was introduced to Eva, a tigress that was rescued a few years ago. They lived together as wonderful companions until the very end (we sterilize our animals to prevent breeding).

Losing an animal never gets any easier. We rescue hundreds of animals from horrific conditions and help them to thrive with others of their own kind in a beautiful sanctuary setting. They become part of our family.

He will be sorely missed, but he is back with his brother Tony once again.