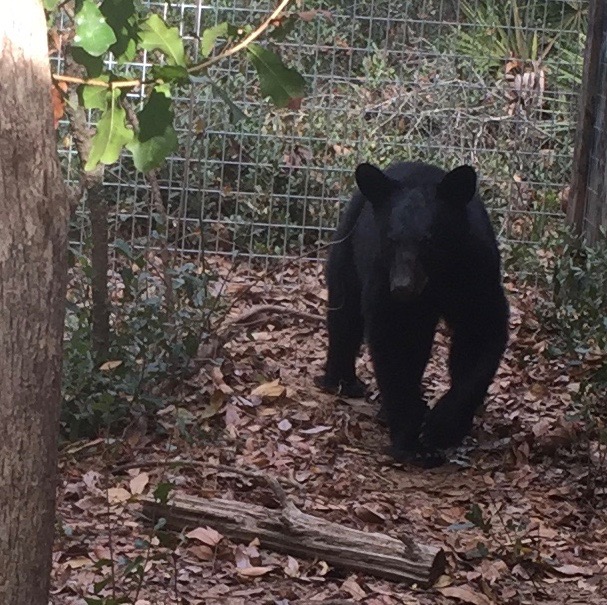 We named her Faye, and she is a lucky bear! 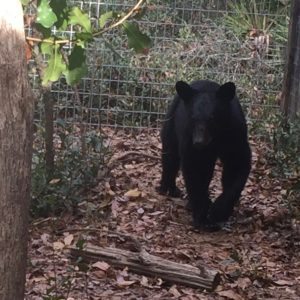 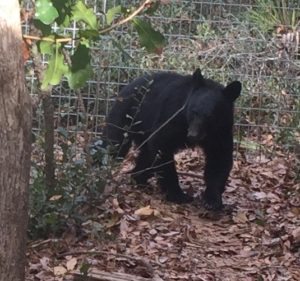 Luckily, this little bear won’t be in captivity long. She was captured in a backyard by FWC, near too many humans…in a place that was not the best for bears.

She came to us for evaluation and will be ready to go soon! She is being held in our rehabilitation area, far from any human activity. She is prevented from seeing people while she is at our sanctuary.

Poor little Faye was old enough to be on her own, but was covered in ticks and parasites – she was anemic from that struggle. We gave her an extra boost of deworming and a little time to gain strength. Faye is scheduled to be released after the hog hunting is finished next week.

This adorable bear is lucky – even though she was captured in a neighborhood, she is still properly afraid of humans and since she is so young, she hasn’t had a chance to establish her own territory.

That works wonderfully for her because she can be set free in a more appropriate place in Florida, far away from humans, without the risk of her returning to the same place to discover people’s trash and learning to become a nuisance bear.