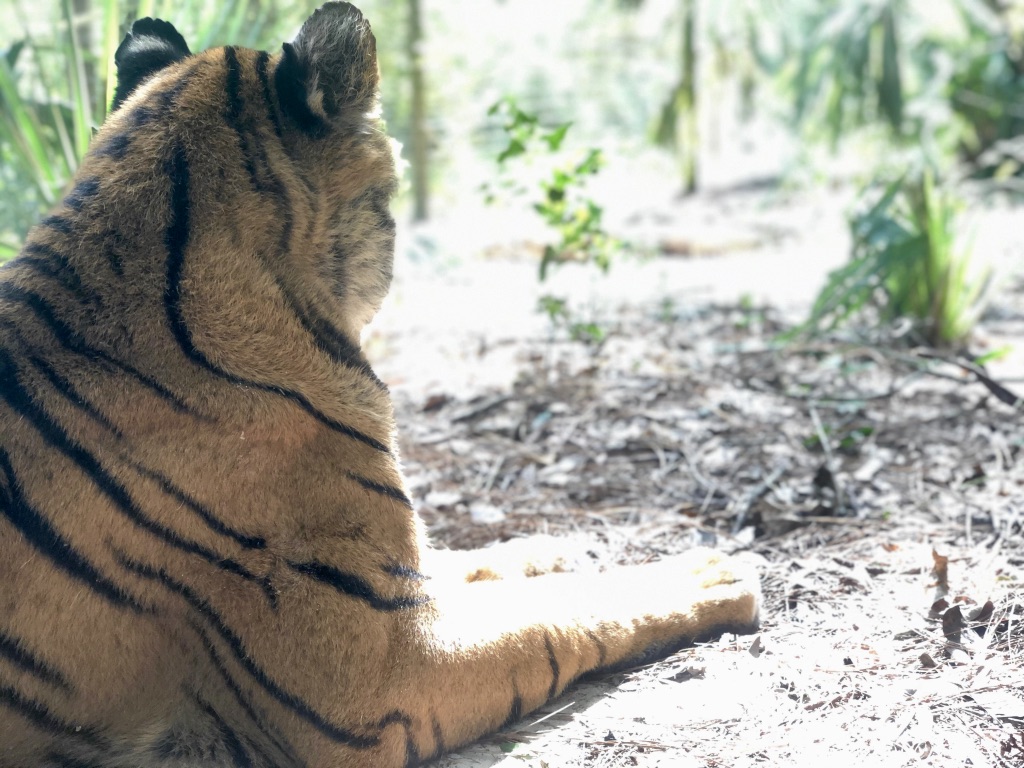 On the heels of the joy of another rescue, we have sad news.

We lost our beloved Zoey today to age-related disease. She came to us in 2016 at the age of 17. We only had her with us for three years, but it was long enough to see her thrive in our care.

Zoey was rescued from a horrible situation in Colorado where big cats and bears were bred repeatedly to produce cubs. the cubs were used for photo opportunities and ‘cub petting’ until they grew too large to handle; then the cubs were sent out back to languish in tiny cages until they were old enough to breed.

Fortunately, in 2016, she and over a hundred other animals broke free of that torment. They were rescued by a network of true sanctuaries across the United States. Zoey and five other animals came to Forest Animal Rescue.

For the first time, Zoey was able to run and play in a large, forested habitat. She loved her new home and was a beautiful, happy tigress with constant friendly “chuffs’ for her caregivers.

Sadly, her advanced age began to show recently. She took a rapid turn for the worse, and it was evident that, no matter what we tried to do for her, it was her time to go.

We only had a short time with Zoey, but we are happy to have had the opportunity to care for her and to show her how life at a true sanctuary can be.

4 thoughts on “A sad goodbye…”